Ukmukfukk Zine Festival in Ankert garden at Budapest. Their aim is to promote zine culture in Hungary, as well as to bring together Hungarian zine makers.

UKMUKFUKK is an annual event organized by three, professional artists, with help from their friends. Guests are invited from all over Europe, and sometimes even visit from further places in the world.

“What a punk thing was to say once that fukk magazines, fukk editorials, and anyway dear corrector please leave me alone, dig the texts of others! I’ll do it for myself. Also everything. Although that’s another thing that this approach could even establish Rolling Stones mag in a garage, but these days who the hell wants this kind of commitment. Fukk fame, fukk equal rights, fukk freedom of speech, come on, it’s so 2017… We won’t stand out for or against anything, because we won’t put the words into pen.
So let it go! Give the best shot. The point is that Ukmukfukk Zine Festival is about to happen again this year, where we underload everything without any borders, let’s say and abstract illustration, a cartoon, or just a collection of the ugliest failed cakes, anything is invited, what only the printer or the paper can limit.
What for? Just because, ukmukfukk.” 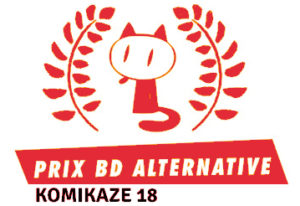